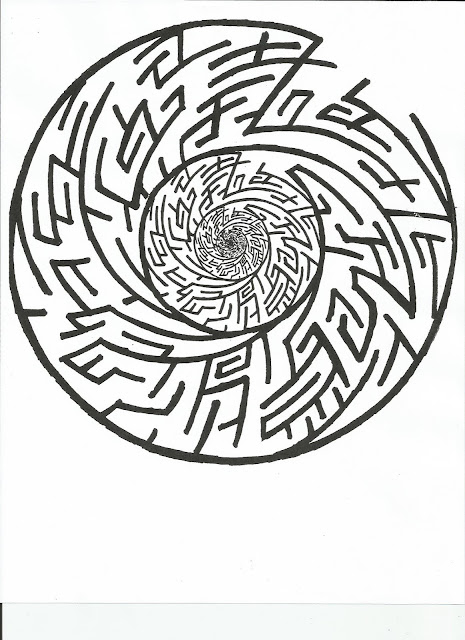 Posted by Paradoctor at 6:37 AM No comments:

My first and foremost Presidential promise is:
If nominated I will not run, if elected I will not serve.
-         unless I am drafted to run, and legally forced to serve.

If I must serve, then I promise to do the following:

Draft Presidential Candidacies
I promise to introduce a Constitutional amendment instituting draft candidacies for the Presidency. All candidate draftees are to be well-vetted, by both public media and private negotiation; and they are then to run primary races against each other and any volunteer candidates.

Own Impeach Bill
I promise to introduce an impeachment bill against myself; a bill that I shall repeatedly update, after major news events and policy initiatives. I offer this safety valve as a norm for future Presidents.

Decontaminate the White House
The White House is clearly suffering from a sick building syndrome. Anyone who lives there long enough starts acting oddly. Perhaps some contamination during the construction, or maybe a left-over dirty trick from the Cold War; either way, there’s something wrong with the place. If elected, I promise to live and work elsewhere until the White House is thoroughly decontaminated.

Abolish Penny and Nickel
Both penny and nickel cost more to mint than they are worth; nor do they buy anything. In effect we should drop the last decimal in all prices. We’ll also have to phase out the quarter, and mint many more half-dollars.

Tax Receipt
Every taxpayer shall, after each tax day, receive a Tax Receipt detailing how much of the taxpayer’s taxes went to which programs.

Redirect the Drug War
I promise that, if elected President, I shall immediately legalize many presently illegal drugs, and illegalize an equal number of presently legal drugs. The laws must change, but the bureaucracies must be fed; this is a feasible compromise. The drugs now illegal have attained, by free-market discipline, high potency, purity and profitability. It is high time to redirect this price-support program towards modernizing other pharmaceuticals.

Unionism as Robot Subsidy
I favor strong unions, and their demands; good pay, benefits, pensions and conditions. I also favor the development of the robotic technology      that unionism makes profitable, and which will make those union jobs obsolete. Better to work a short while at good pay and conditions than forever at poor pay at a job fit only for a machine. My administration shall leave the question of what to do after the robots take all the jobs to a later administration.

Guns Versus Abortion Debate
My administration shall never refer to “pro-life” politics. There is no such thing as a pro-lifer; there are instead anti-abortionists, who generally are pro-gun; and those who are anti-gun are generally pro-abortion. Therefore the pro-life debate is over; the answer is no. What remains is a dispute over timing and method; is America to kill people before birth, by abortion, or afterwards, by guns? My administration shall spare no effort to promote the guns-versus-abortion debate, in those terms.

Virtual Bomb and Nuclear Blatancy Day
My administration shall switch America to a strategy of nuclear latency; the ability to build many nuclear bombs quickly, combined with not possessing the accursed things right now. This “virtual bomb” is pure deterrence; physical disarmament plus mental re-armament. To support the deterrent’s credibility, there shall be, on Trinity Day of each presidential election year, a “Nuclear Blatancy Day”, in which citizens submit model bombs, which are fitted with explosives and fissiles, and detonated underground. Those whose models work shall win prizes.

Owned Power
My administration shall never refer to “renewable energy”. Instead it shall call those technologies “owned power”. What solar or wind or hydroelectric or geothermal provide isn’t really energy, measured in ergs; they really provide an unending flow of energy; this flow is measured in ergs per second, and is known as power. If this power is in our possession, then it is owned power. Any fuel-based power system, if you must buy fuel from others, is rented power. For obvious political reasons, it is better to own your power than to rent it. My administration shall prioritize switching all federal facilities, civilian and military, to owned power.

And least likely for success:
Imperial Renunciation
The fall of American empire is inevitable; it’s better to do it on purpose. A landing is better than a crash. So close and sell overseas bases. Downsize the DOD, which shall be renamed the War Department, tasked only with defending the nation’s borders. Dissolve DHS, the NSA and the CIA. Put alliance systems up for popular discussion. The money we now misspend abroad we can then misspend at home.

Posted by Paradoctor at 6:46 AM No comments:

So when I say, “I’ll vote for Bernie if I can, and Hillary if I must”, then I’m saying that I prefer the good, but I will settle for the lawful.

Posted by Paradoctor at 6:43 AM No comments: