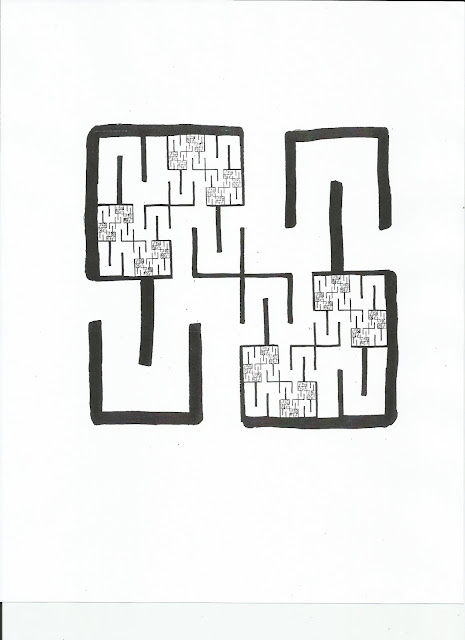 Posted by Paradoctor at 10:00 AM No comments: 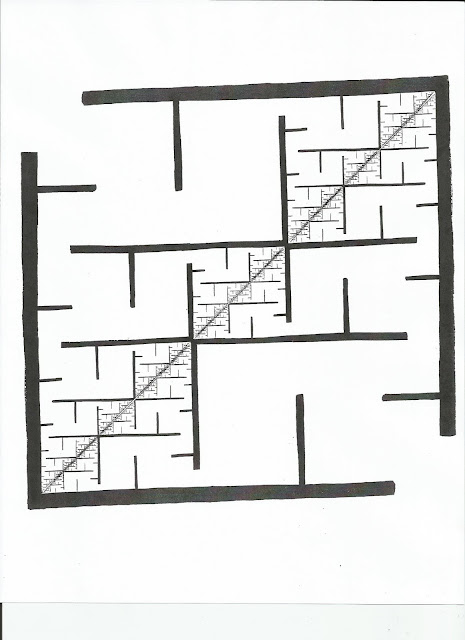 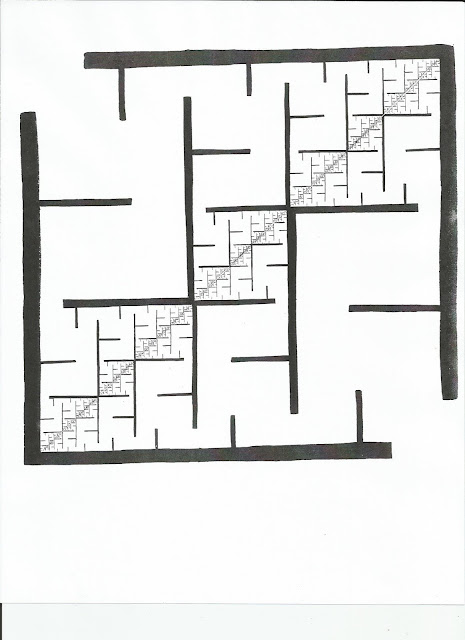 Posted by Paradoctor at 10:04 AM No comments: 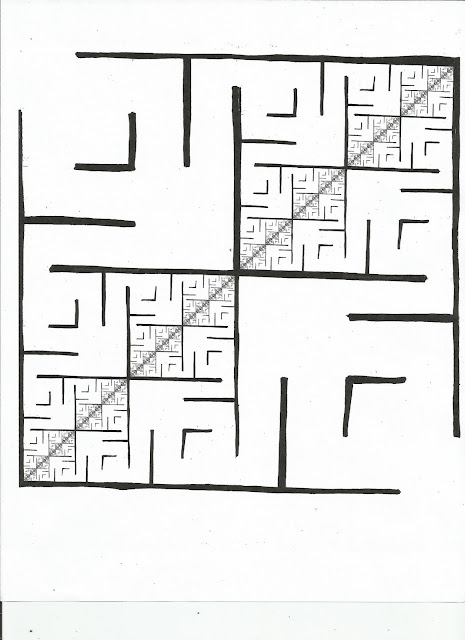 Posted by Paradoctor at 8:40 AM No comments:

Resilience of Traditional Values, an Underfable

Once upon a time, a Coach blew his whistle. He bellowed, “O.K. GIRLS, LISTEN UP! You heard the Principal; the GOVERNOR of the STATE OF TEXAS has ruled that ALL GIRLS  your age WILL be vaccinated FOR THE HUMAN PAPILLOMA VIRUS! That’s a CANCER VIRUS, girls! This is PROTECTION from a CANCER that is TRANSMITTED by SEXUAL INTERCOURSE!” The Coach blew his whistle. “So LINE UP!  STRAIGHT LINE! That’s right, move it, move it, move it… GOOD!  Now WAIT YOUR TURN. Nurse Ratched will take you ONE AT A TIME. YOU FIRST!”
Virginia stepped up. She thought:
Oh I’m so scared, mommy says, and daddy says, and the school principal says, that some bad man might do something to me, and give me cancer, or worse still a baby, and I don’t want cancer, ever, and I don’t want a baby, not yet, and I don’t want –
(ouch)
Oh well at least I won’t get cancer. But I’d better watch out for the bad men.

Nurse Ratched replaced the needle, inserted another ampoule, and shouts “NEXT!”
Betty stepped up. She thought:
I’m a good girl, really I am, I don’t need this, do I? I mean, I do like Timmy, he’s so sweet, and I do like hugging him, and I do like kissing him, but I’ve never let him get to first base, well except maybe once, but never ever to second, let alone –
(ouch)
They’re watching me, I just know it. Poor Timmy.

“NEXT!”
Libby stepped up. She thought:
This is so lame. What a burn! Like they think I’d date these guys? Or let’s face it, they’d date me? And any filthy creep who tries to force me is going down. This is just another stupid grown-up rule, another exercise of authority, another –
(ouch)
And I just consented to it, didn’t I?

Moral: Oppression adapts.
Posted by Paradoctor at 6:15 AM No comments:


Pro-Life Wizard
Once upon a time a pious pro-life Wizard got to thinking; is God pro-life? Or pro-choice? He noticed that the world has freedom of the will, but not immortality; so the world seems to be more pro-choice than pro-life. What is God’s role in this?

The Wizard investigated. He called up an Angel and a Demon. The Angel said, “Foolish mortal, there’s no such thing as a pro-lifer”. The Demon promised “a new world order of moral clarity and a free lunch”. So lo and behold, God’s pro-choice. The Wizard wondered; should I rebel? But the other side offered a different bargain; a world with immortality but no free will. Would such tyranny, however benevolent, be desirable? Or would it be better to die?

Meanwhile, a fellow pro-lifer planned vigilante justice. He told the Wizard, “The women who abort are murderesses, they must be executed, I have organized and armed a squad, we will take action at such-and-such a time and such-and-such a place.”

The Wizard heard him out, went home, and thought it over. Then he called the cops, to warn them. When he hung up the phone, he noticed that his hand had a tiny little tremor. Wizardly, he intuited the cause: Parkinson’s. The tremor will slowly worsen over the decades; eventually it will kill him.

But the wizard smiled. “That’s it?” he said to the air. “That’s the worst you can do?” And he laughed.

Posted by Paradoctor at 6:44 AM No comments:

Once upon a time a Gene Doctor met two prospective Patients. Dr. Emmanuel Goldstein told Rev. Jeremiah Freedman and his wife Condeleeza that they both had healthy genomes; few mutations, none matching, so their children will be genetically healthy. “Given that,” said the Doctor, “why are you here? What do you want?”
Jeremiah harrumphed but said nothing. Condeleeza spoke up. “Pardon my husband, he’s still upset. An incident on the way here.”
“What happened?”
“Stopped by a traffic cop. For no good reason!”
The Reverend said, “I am a man of substance. My family has preached the Gospel for generations. After all that I have done for my community, you would think that I would be treated with respect.”
His wife said, “The charge? Driving while black, of course. Which is why we’re here. Can you do a cosmetic change?”
“To your germline? What do you have in mind?”
“Doctor, can you make our children – “
Jeremiah said, “– Condie – ”
“Jeremiah,” Condeleeza said, “you said no way our kids should put up with this shit! Doctor, can you make our children white?”
“I see,” said Dr. Emmanuel Goldstein. “Hmm… a few dozen genes – all public domain – no FDA approval needed… yes, it’s possible. Simple, safe and cheap, in fact. Barely a change at all.”
Condeleeza said, “Good,” but her husband frowned.
He said, “I’m not sure this is a good idea.”
Dr. Goldstein said, “Your concerns are justified, Reverend. Manipulation of the germline is no small matter, even for a cosmetic change as trivial as this. And I should warn you that the procedure is… difficult. We use large needles to inject fluid into testicles and ovaries.” The Reverend and his wife jolted. “Under local anaesthesic, of course! But the affected areas remain… tender.”
Jeremiah Freedman asked, “For how long?”
“About a week. Are you sure you want to go through with this?”
The Reverend and his wife inhaled sharply. They looked at each other. The Reverend turned to the Doctor and said, “That will not stop us. If it is a good idea.”
“If!” said the Doctor. “Medically speaking, this procedure is completely safe; but it’s bound to be… controversial.”
“That is putting it mildly, Doctor,” said the Reverend. “Some people will speak of abandonment. Disloyalty. Betrayal.”
His wife said, “And some people will speak of doing what is best for your family! When I left the hood, I did not look back!”
The Doctor said, “So if you do this, then you will find out who your real friends are.” Husband and wife nodded, and the Doctor said, “So are you sure you want to go through with this?”
Condeleeza said, “How many times you gonna ask us that?”
Emmanuel said, “Three times. And your answer for this time?”
Jeremiah said, “Condie, like you say, ya gotta keep it real.” They joined hands and squeezed. “So yes, Doctor, we’re sure. What the neighbors think does not matter. All that matters is what is best for our children, and their children.”
Condeleeza said, “Whatever works!”
Dr. Goldstein said, “But will this work? Will your descendants really avoid prejudice this way?”
Condeleeza said, “They won’t be stopped by traffic cops. Or followed in supermarkets. Or shot by cops for no reason at all. Or – ”
Jeremiah said, “Condie,” and she quieted. “Or much else, Doctor.”
“So your children will avoid those who hate by sight,” said Goldstein. “Those who hate for a visible excuse.” The Reverend nodded, and the Doctor said, “But take it from me, the excuse doesn’t have to be visible. Haters will hate, and all they need is a label! A fable! A lie!”
Jeremiah Freedman nodded gravely. “Prejudice. It doesn’t have to make any sense. As your people well know.”
Emmanuel Goldstein said, “If you do this – and I suspect many more will – ”
Condeleeza said, “Oh honey, plenty of brothers and sisters have already gotten a paint job!”
“– then future racists will make negritude an invisible stigma!”
Jeremiah said, “So my descendants will still face prejudice.”
“Yes! So are you sure you want to go through with this?”
The Reverend heaved a sigh. “Yes, I am sure.”
Condeleeza said, “Now I’m not so sure! Why bother?”
Emmanuel Goldstein said, “To prove a point.” The Doctor and the Reverend nodded to each other.
Condeleeza rolled her eyes. “Men,” she muttered to herself. Then she leaned forward to inspect the Doctor’s color swaths.

Moral: Race is skin-deep but prejudice goes to the bone.
Posted by Paradoctor at 6:44 AM No comments: